I’d like to introduce my first guest blog Firestorm, written by the very talented artist and creative blogger Lee of Elevatedby. Lee is one of the amazing people I have blogged about recently, who inspire me to achieve on a daily basis and I’m delighted he has agreed to share a little insight into how he feels to be working as a creative in his element.

This may seem a little off topic, but please do bear with me as the metaphor unfolds.  Lets set our minds back to 29th and 30th December 1940.  On these two nights from 6:00pm till the early hours of the morning over 24,000 high explosive bombs and 100,000 incendiary bombs were dropped on our Capital City of London.  More than 160 civilians died during those two nights, and many more died later due to injuries sustained. Buildings were completely destroyed including 19 churches, 31 Guild halls and all of Paternoster Row (which was the centre of London’s publishing trade).

Many of you will have seen this photograph: 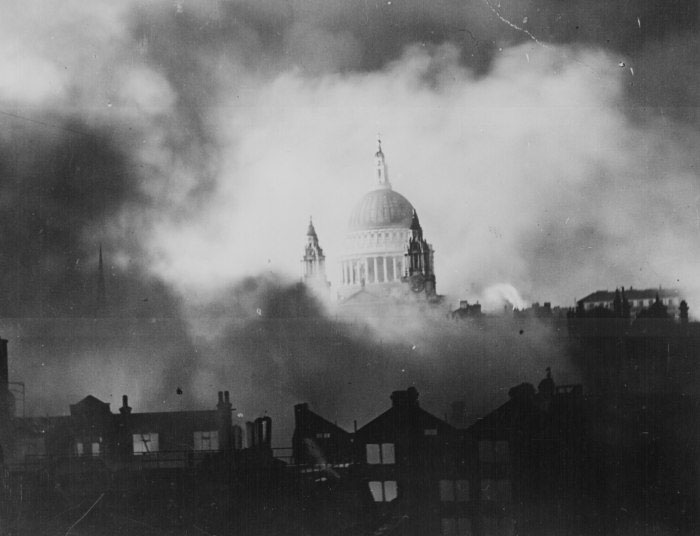 It was a positive image of the survival of London and it was beamed all around the world.  The cathedral became a symbol of London’s defiance and determination to carry on, but what many people don’t know is that this image is a crop of the original, which shows, fallen buildings and a severely broken Capital City.

I’m sure I speak, not only for myself here, but also many others who spend their lives overcoming adversities presented by their disabilities.  I like to think of myself as the St Paul’s Cathedral in that photograph standing firm in the firestorm defiant and determined to carry on despite the challenges that my disabilities presents me with.

As I said, many people do not know about the ‘original’ version of the photo. It is one which shows the destruction, fallen buildings and devastation London sustained during the firestorm created by German invasion which looks a little something like this . . . 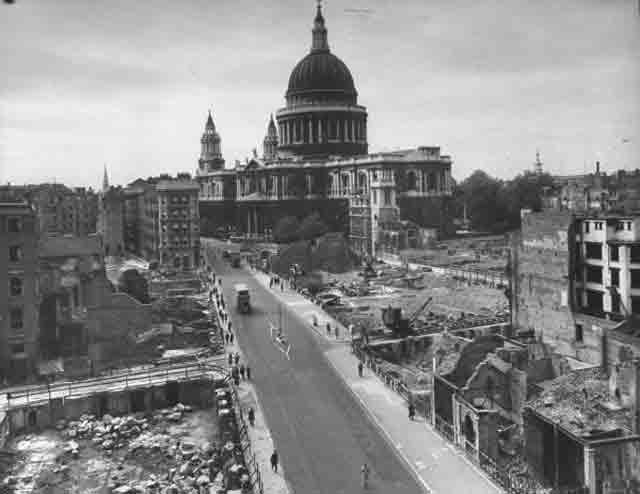 Tough huh?  If you give me just a couple of minutes of your time, I shall reveal some of the stuff that I tend to ‘crop out’ of the image which I project to the public and the reason behind the name ‘elevatedby’ which I have chosen to give to my website dedicated to my creations.

Most of my immediate family have at some stage worked in the Forces. Grandpa was in the Parachute Regiment in Word War Two landing in Normandy on D-day. Mum was in the WRAF where she became a Dental Nurse and Dad was an aircraft engineer for the RAF and worked many aircraft, and spent most of his years after I came about on the SAR Sea King Helicopters at RAF Finningley in Doncaster. As for me? Due to my disabilities, I kinda missed the boat to go working in the Military, however I wasn’t going to let my disabilities get away with that lightly!

I have been invited as a guest blogger on KLart.co.uk and I am here to share with you  something deep within my makeup that not only gives me the drive and motivation to reach for the stars, but something that has provided me with a shield and protection against the adversities enabling me to walk through firestorms, yet miraculously walking out out of the other end untouched by its destructive force (AKA Self doubt and demoralization) That something is my desire to be creative!

I can’t ever recall ‘becoming‘ creative, that, I think is something that was built into my make-up the day I was conceived, but I can recall many times where I have been ‘elevated by’ my creative side.

Perhaps one the first instance, I can recall been ‘elevated by’ my creative side was when my friends would play soccer after school. Due to my balance and being uneasy on my legs, football was a game I’d choose not to join in with, but I’d still go out and join them, not with a football, instead I’d carry a note-pad and handful of pencils. Once my friends saw me, then It didn’t take them long to drop their football in favour of one of my pencils, asking me ask me to teach them how to draw helicopters or WWII bombers flying over Big Ben, with search lights coming from the Westminster bridge.

Another of many situations that I have found myself ‘elevated by’ my creations and creative desires was during the integration period into mainstream school from a special school for children with physical ‘disadvantages’ (as it was called in those days).  This was a very difficult period, it was my first taste of how downright cruel other children could be and it was the period of time when I learnt many lessons of life that could never have been learnt whilst being moth balled at a special school.

It was during this period of time when I learnt pretty quickly how to snub out and disarm what often felt like high explosives and incendiary bombs of verbal abuse and torment, and it was through my creations that would find an escape to what was going on around me drifting off with my imagination and drawing on whatever it was I had in front of me and then, I discovered a new and more powerful side to my creations!

One time during a French Lesson, I was spotted drawing a Ferrari F40 in my exercise book (which contained more sketches and drawings than it did French) by someone who dished out much grief. Word about my drawings seemed to spread around the school like wildfire and almost instantly after, it felt like all of a sudden I was the new favourite person to be around. Once again I was ‘elevated by’ my artwork, standing firm in the firestorm!

Thanks for sharing Lee!

Lee will be back again soon to share the story behind just some of his fabulous artistic creations! Subscribe to my blog posts to be sure you don’t miss it!

Yes please! – Subscribe by email or in a reader